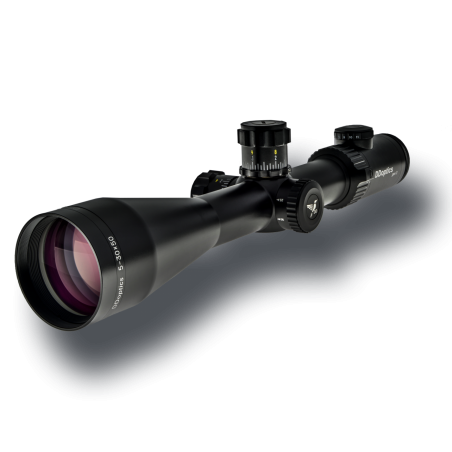 How to test shoot a riflescope, how to work with the reticle adjustment and the parallax compensation. How to adjust to different target distances. Shooting on 100m, 200m, 500m, 810m, 1640m.

Tactical Mildot illuminated reticle on the 2nd image planeThe riflescope Nachtfalke 5-30x50 tactical has a normed MilDot reticle for 10x magnification in the ocular image plane (2nd image plane). That way it always stays the same size during change of magnification. Even under 30x magnification the crosshairs only cover 3,91mm on a distance of 100m and the field of view under this maximum magnification still is 1,1m on 100m. The riflescope allows for lightning fast targeting. The reticle adjusts 1/8 MOA (minute of angle) per click, equalling 3,56mm on 100m. This translates to a impact position change of about 10mm per click on 300m. Total adjustment range:

guarantees a razor sharp and effortless image starting at 25m and corrects the diagonal insight and resulting shooting errors.

Almost indestructibleThe nitrogen filling of the Nachtfalke 5-30x50 T ensures watertightness (0,3kg/cm2) and protects against inside condensation. Rough use can't damage the riflescope tube (diameter 30mm, length: 348mm) as it is made of duraluminium (70%), brass (20%) and steel (10%). The outer walls are more than a millimeter. The shock-proofness is up until 1000 G or 6500 Joule. The riflescope is fully functioning even at extreme temperatures (+80 degrees Celsius to -20 degrees Celsius). 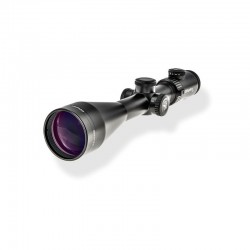 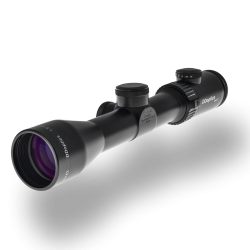 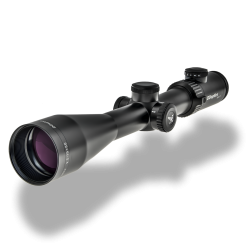